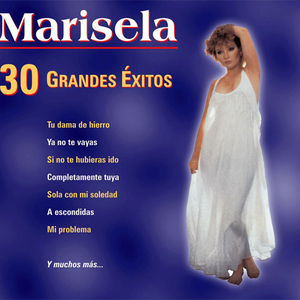 
Marisela (born in Los Angeles, California) on April 24, 1966, is a Mexican-American singer. Known as "La Dama de Hierro", Marisela recorded her first album at the age of 15 in 1984 and continues to release albums into the twenty first century. Marisela's early career was helped immensely by the famous Mexican TV show of Siempre en Domingo by Raúl Velasco and then later expanding into the United States by the help of many other Spanish broadcasting shows such as Cristina Show more ...