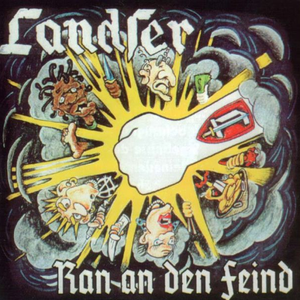 
Landser was the most prominent neonazi ("rac") band in Germany for a decade. The band was founded in 1992 in East Berlin, by Soeren Brauner, Horst Schott and Andreas Lenhard, originally as "Endloesung" (Final Solution, the Nazi expression for the extermination of all Jews in Europe). Singer Michael "Lunikoff" Regener joined it later in 1992 (at first on guitar), and the name was changed to Landser - an old word for a soldier (a common foot-soldier). Show more ...