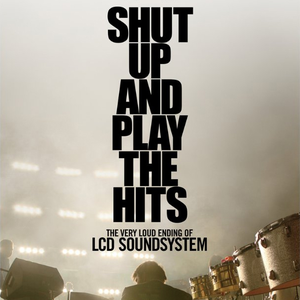 ‘Bye Bye Bayou’ is the first new music from LCD Soundsystem since the release of ‘Sound of Silver,’ and it is a stunning re-introduction of the band to the world. The track is a cover of an Alan Vega (Suicide) song from his 1981 debut album. https://www.last.fm/music/Alan+Vega/_/Bye+Bye+Bayou It's out November 9th on DFA Records and will be released as 12". It won't be featuring on their next album which is due May 2010.

LCD Soundsystem is the musical project of producer James Murphy, co-founder of dance-punk label DFA Records. Formed in 2001 in New York City, New York, United States, the music of LCD Soundsystem can also be described as a mix of alternative dance and post punk, along with elements of disco and other styles. During the band's final years, Murphy was accompanied by Al Doyle (guitar, percussion -- also of Hot Chip), Tyler Pope (!!! / Out Hud) (bass), Nancy Whang (keyboards) and Pat Mahoney (drums). Show more ...