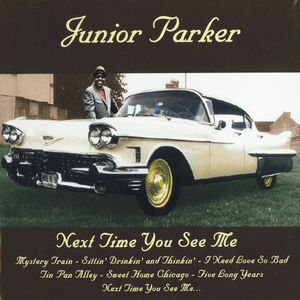 Next Time You See Me


(May 27, 1932–November 18, 1971) was a Memphis blues singer and musician. Junior Parker was born in Clarksdale, Mississippi as Herman Parker, Jr. He played on the various blues circuits beginning in his teenage years, playing with artists like Sonny Boy Williamson (his mentor) and Howlin' Wolf. Parker was discovered by Ike Turner in 1952, who signed him to Modern Records. He put out one single on this record label, "You're My Angel." He and his band Show more ...