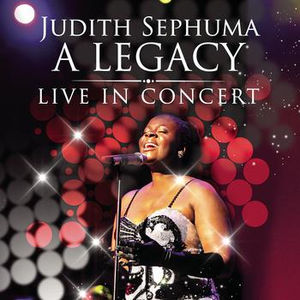 A LEGACY: LIVE IN CONCERT


Judith Sephuma Growing up in Polokwane (formerly Pietersburg) in South Africa's Limpopo Province, Judith knew that she wanted to be a singer from an early age. After matriculating at Khagiso High School, she attended Johannesburg's legendary FUBA Academy music school in 1993, where she received her Grade 5 Music Diploma. One of her fellow students was an ambitious young guitarist who she knew from Polokwane, one Selaelo Selota, a man who would play a major role in her career. Show more ...