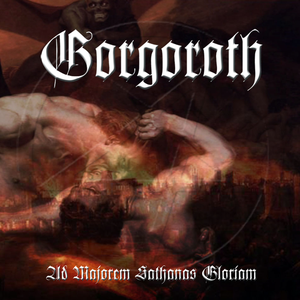 
Gorgoroth, meaning “land of great despair”, is a black metal band from Sunnfjord, named after the dark plains of Mordor in J.R.R.Tolkien’s Lord of the Rings. Led by guitarist Infernus (a.k.a. Roger Tiegs), it emerged in 1992 as a trio including vocalist Hat (‘Hate’ in Norwegian) and drummer Goat Pervertor. The band, based in Hyllestad, debuted on April 28th 1993 with a demo, entitled 'A Sorcery Written In Blood', featuring two tracks ‘Sexual Show more ...