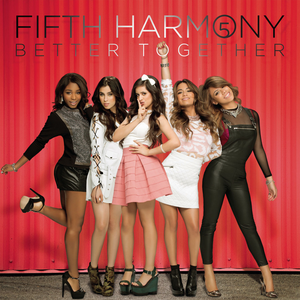 
Fifth Harmony (commonly initialized as 5H) is four-member American girl group formed on the second season of The X Factor in 2012. The group are from Miami, Florida, United States and consist of Ally Brooke, Normani Kordei, Dinah Jane and Lauren Jauregui. Camila Cabello left the group on the 18th of December 2016. They signed a joint deal with Syco Music, owned by Simon Cowell, and Epic Records, L.A. Reid's record label, after finishing in third place behind Tate Stevens and Carly Rose Sonenclar on the show. Show more ...