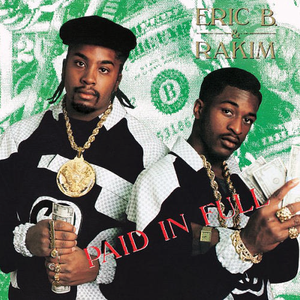 I Ain't No Joke


Eric B. & Rakim were a hip-hop duo from New York City, New York, United States composed of DJ Eric Barrier (born November 8, 1965) and MC Rakim (born William Michael Griffin Jr.). The duo went on to release 4 studio albums with their 1987, Paid in Full being regarded as one the most influential albums in Hip Hop. In 1988, they released their second album titled, Follow The Leader. They later continued to release two more albums in 1990, Let the Rhythm Hit 'Em and in 1992 Show more ...