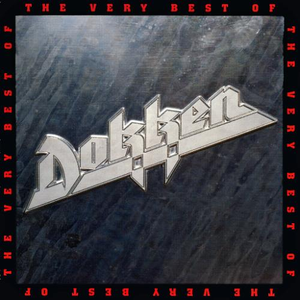 "Breaking the Chains" is a song by American heavy metal/hard rock band Dokken, appearing on the band's debut album of the same name. The song was originally released as a single in 1981 through Carrere Records exclusively in Europe, appearing as the b-side to the "I Can't See You" single.[1] "Breaking the Chains" was released as a single in 1983 through Elektra Records, being the band's first American single. The song was a modest success, peaking at #32 on the Billboard Mainstream Rock chart.[2] The song remained on the chart for 13 weeks.[3]

Dokken is an American hard rock / heavy metal band that was formed in 1978. Having big success in the 80s with tracks such as "Dream Warriors", "It's Not Love", "In My Dreams", and others, they sold over ten million albums worldwide yet faced internal battles over their direction. The group split up in 1989, having accumulated numerous charting singles and earned a Grammy nomination, and they've had sporadic reunions since then. Dokken was initially composed of founder Don Dokken on vocals Show more ...