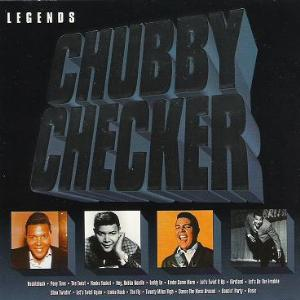 "The Twist" is a twelve bar blues song that gave birth to the Twist dance craze. The song was written and originally released in 1959 by Hank Ballard and the Midnighters as a B-side (to "Teardrops on Your Letter") but his version was only a moderate 1960 hit, peaking at 28 on the Billboard Hot 100.[1] The song, and the dance the Twist, was popularized in 1960 when the song was covered by Chubby Checker. His single became a smash hit, reaching number one on the Billboard Hot 100 on September 19, 1960 (one week), and then setting a record by being the only single to reach number one in two different chart runs when it resurfaced and topped the chart again on January 13, 1962 (two weeks). In 1988, "The Twist" became popular once again, due to a new recording of the song by The Fat Boys featuring Chubby Checker. This version reached number two in the United Kingdom and number one in Germany. The Song's Sources Songs about doing the Twist went back to nineteenth-century minstrelsy, including "Grape Vine Twist" from around 1844. In 1938 Jelly Roll Morton, in "Winin' Boy Blues," sang, "Mama, mama, look at sis, she's out on the levee doing the double twist"--a reference to both sex and dancing in those days. As for this particular song, "The Twist," Hank Ballard's guitarist, Cal Green, said they picked up the general idea from Brother Joe Wallace of the gospel group The Sensational Nightingales, who of course couldn't record it himself. Green and Ballard already had written a song together called "Is Your Love For Real," which they'd taken from Clyde McPhatter & the Drifters' 1955 song "What'cha Gonna Do," so they simply put the new Twist words to the older melody--and voila! "The Twist" They originally recorded a loose version of the song in a Florida studio in early 1958, with slightly different lyrics, featuring Green on guitar playing like Jimmy Reed. However, they didn't get around to recording the released version until November 11, 1958, when the Midnighters were in Cincinnati. Ballard thought "The Twist" was the hit side, but King Records producer Henry Glover preferred the ballad "Teardrops on Your Letter," which he'd written himself. Chubby Checker version The song became popular on a Baltimore television dance show hosted by local DJ Buddy Dean; Dean recommended the song to Dick Clark, host of the national American Bandstand. When the song proved popular with his audience, Clark attempted to book Ballard to perform on the show. Ballard was unavailable, and Clark searched for a local artist to record the song. He settled on Checker, whose voice was very similar to Ballard's.[2] Checker's version featured Buddy Savitt on sax and Ellis Tollin on drums [3], with backing vocals by the Dreamlovers. Exposure for the song on American Bandstand and on The Dick Clark Saturday Night Show helped propel the song to the top of the American charts.[4] In 1962, the twist craze belatedly caught on in high society. Citings of celebrities doing the dance made the song a hit with adults. This new interest made "The Twist" the only recording to hit number one on the United States charts during two separate chart runs, and marked a major turning point for adult acceptance of rock and roll music.[2] Checker re-recorded the song numerous times. An updated 1982 recording (from his album The Change Has Come) was retitled "T-82", and in the 1990s, he recorded a country version. In the late 1970s, he recorded a new version that, except for the sound mix and some minor arrangement changes, was identical to the 1960 original; as a result this later version is often misidentified on compilations as the original recording. Checker also recorded variations on the theme, such as "Let's Twist Again (Like We Did Last Summer)" to keep the craze alive (although "Let's Twist Again" was and has remained more popular than "The Twist" itself in the United Kingdom). In 1988, he joined The Fat Boys on a rap version of the song, bearing the subtitle "Yo, Twist". This version hit #2 in the UK and #16 in the US. Checker also joined the group to perform the song that summer at a London tribute concert for Nelson Mandela.[4]

Chubby Checker is the stage name of Ernest Evans (born 3 October 1941), an American singer-songwriter best known for popularizing the dance The Twist with his 1960 song "The Twist". In September 2008, "The Twist" topped Billboard's list of the most popular singles to have appeared in the Hot 100 since its debut in 1958. He was born in Spring Gulley, SC, USA, and raised in South Philadelphia, Pennsylvania, and attended South Philadelphia High School with Frankie Avalon and Fabian. Show more ...