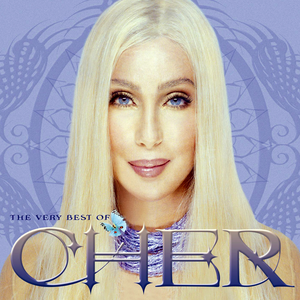 I Found Someone - Cher

This is the most successful version of this track released by American singer/actress Cher as the first U.S. and European single from her nineteenth album, Cher and was released on November 19, 1987 by Geffen. The single was also released on VHS containing the concert version of the video. Cher's version was produced by Michael Bolton. Fashion photographer Matthew Rolston's full cover photo featured a slightly overexposed close-up of Cher's face, gazing into the lens as she pushes back a mane of tight curls before a bright blue background. The song debuted on the UK Singles Chart in November 1987 at number 91 and peaked at number five in January 1988 and spent thirteen weeks in the chart. Part of a much-heralded musical comeback at the height of her movie career, a big-budget music video featured the singer-actress with her then-boyfriend Rob Camilletti. The couple were a big story in the tabloids at the time, as he was seventeen years her junior, and the video was the aspiring actor's debut. The video was in heavy rotation on MTV and Cher's version went to #10 in the U.S. and to #5 in the UK. An alternative concert video features Cher in a dress that was also used in The Black Rose Show in 1980. "I Found Someone" began a three-album association with Bolton and Cher's other contributors, including Branigan alumnus Diane Warren as well as Jon Bon Jovi and future boyfriend Richie Sambora, and their song-writing partner Desmond Child. The recording appears on several hits collections and Cher performs the song live on the DVD Cher: The Farewell Tour Live in Miami and a CD album of the tour.

Cher (born Cherilyn Sarkisian; May 20, 1946) is an Oscar- and Grammy-winning American singer and actress. A major figure for over five decades in the world of popular culture, she is often referred to as the Goddess of Pop for having first brought the sense of female autonomy and self-actualization into the entertainment industry. She is known for her distinctive contralto and for having worked extensively across media, as well as for continuously reinventing both her music and image, the latter of which has been known to induce controversy. Show more ...

I Found Someone - Cher