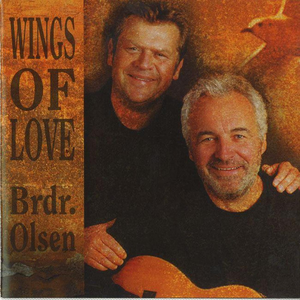 
The Olsen Brothers are a Danish rock/pop music duo. They are Jørgen (born March 15, 1950) and "Noller" (Niels, born April 13, 1954) Olsen. They formed their first band, The Kids, in 1965. Their first album was released in 1972. To date they have released 12 albums. After winning the annual Danish Melodi Grand Prix song competition in 2000 in Copenhagen they went on to represent Denmark at the Eurovision Song Contest 2000 in Stockholm, where they stormed to a landslide victory with the song "Fly on the Wings of Love". Show more ...