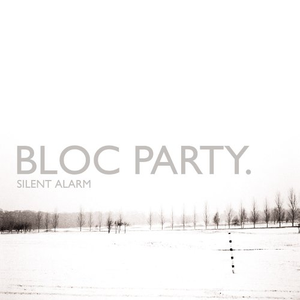 So Here We Are - Bloc Party

So Here We Are

"So Here We Are" is the fifth single by Bloc Party and is from their debut album Silent Alarm. It was released in the UK by Wichita Records in February 2005. The single is a double A-Side to Positive Tension. The single peaked at #5 in the UK Single Charts. The band have said the song is about the feeling experienced by users of ecstasy. The song was played after a brief speech by Kele at the 2007 Live Earth Concert saying, "The power is in our hands" before they began the song. The song was used in the US in commercials for Saturn. The song was also in the episode "Bounty Hunters" of the American television sitcom Psych, and featured in the 2008 film 27 Dresses.

So Here We Are - Bloc Party