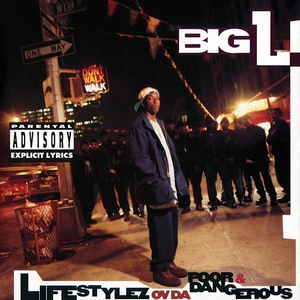 Fed Up Wit The Bullshit


Lamont Coleman (May 30, 1974 in Harlem, New York – February 15, 1999), also known by his stage name Big L, was an American rapper who made significant contributions to the New York City music scene in the 1990s as a member of the hip hop collective D.I.T.C. In February 1999, Big L was shot and killed before releasing his second album. Members of the hip hop community consider him to be one of the most skilled MC's of all-time. Big L's debut solo album, Lifestylez ov da Poor & Dangerous, was released in March 1995. Show more ...