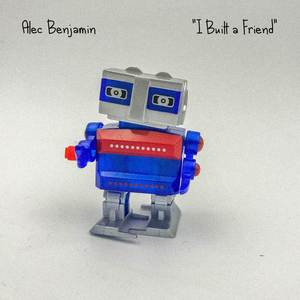 I Built A Friend - Alec Benjamin

I Built A Friend


Alec Benjamin (born 1994) is an American singer-songwriter from Phoenix, Arizona. He is known for his songs "Paper Crown" and "End of the Summer". In addition to his solo project, Benjamin has found success in song writing with artists such as Jon Bellion including a feature on the track "New York Soul Pt. ii" from The Human Condition (Jon Bellion album). Alec is heavily influenced by artists such as Eminem and Paul Simon. Alec Benjamin released his debut single “Paper Crown” in November 2014. He signed with Columbia Records in 2014. Show more ...

I Built A Friend - Alec Benjamin