Beastie Boys were an American hip-hop trio from New York City, United States: Brooklyn and Manhattan. Originally formed as a four-piece hardcore punk band, The Young Aborigines, in 1978 by Michael Diamond (vocals), John Berry (guitar; died May 2016), Adam Yauch (bass) and Kate Schellenbach (drums), for the majority of its career the group consisted of Mike D (real name Michael Diamond), Ad-Rock (Adam Horovitz) and, until his death in May 2012, MCA (Adam Yauch).

The Beastie Boys were the first successful white rap group and one of the few acts from the early days of hip-hop that still enjoyed major success their whole career. Their rock and punk-influenced rap has had a significant impact on artists both in and outside the hip-hop scene. And they were the first rap group to gain a substantial following with alternative rock fans.

The Beastie Boys came together in 1979 as a punk band called The Young Aboriginies. In 1981 MCA joined the group and from the suggestion of their guitarist John Berry, they changed their name to Beastie Boys. Their line up then consisted of Adam Yauch (aka MCA) on bass, drummer Kate Schellenbach (later of Luscious Jackson), guitarist John Berry (of Big Fat Love), and Mike Diamond (aka Mike D) on the mic. Beastie Boys' debut EP, the Pollywog Stew vinyl 7" was released in 1982.

The band's first foray into hip hop, the Cooky Puss 12", followed in 1983, with The Young and the Useless guitarist Adam Horovitz (aka Adrock) replacing John Berry. "Cooky Puss" would be the first B Boys record to receive play at NYC clubs like Danceteria as the band played its first shows outside the city.

The Mike D/MCA/Adrock Beastie Boys lineup debuted in 1984 with the "Rock Hard"/"Beastie Groove" 12." Produced by Rick Rubin, who went on to produce albums for the Red Hot Chili Peppers, Johnny Cash and Audioslave. The "She's On It"/ "Slow And Low" 12" followed in 1985 and Beastie Boys went on Madonna's "Virgin Tour." as her opening act.

Licensed to Ill dropped in fall 1986 and became the first Beastie Boys album–and the first Rap album ever–to go #1. Fueled by Fight for Your Right and No Sleep Till Brooklyn it remained at #1 for seven weeks and simultaneously reached #2 on the urban chart, becoming the fastest selling debut to date for Columbia and the first hip hop record to break 5 million.

In 1989 Beastie Boys released their second album Paul’s Boutique produced by Beastie Boys and the Dust Brothers. Paul's Boutique laid down the blueprint for a generation of emergent genres and went over the collective head of a nation. The likes of "Shake Your Rump," "Lookin' Down The Barrel Of A Gun," "Car Thief," Shadrach," and the hip hop "suite" "B-Boy Bouillabaisse" contained lyrical and musical references too plentiful and diverse for the average mind to compute in one sitting.

Check Your Head, released in 1992, heralded the return of live instrumentation into the B Boys mix. The album was produced by the band and Mario Caldato Jr. (who first worked with B Boys as engineer on Paul's Boutique), Check Your Head would yield a watershed of new B Boys staples, including So Whatcha' Want, Pass The Mic, "Gratitude" and "Jimmy James." With the assistance of Keyboard Money Mark, Eric Bobo and assorted percussionists, Beastie Boys returned to the touring circuit and Check Your Head hit double platinum.

In the summer of 1994, Ill Communication, also produced by the band and Mario Caldato Jr., entered the charts #1. The album featured such hits Sure Shot and Sabotage. Ill Communication was supported by Beastie Boys' first arena headline tour since the '80s. Following the tour's conclusion, Beastie Boys recorded and released Aglio e Olio consisting of eight songs clocking in at 11 minutes, the EP recalls the vintage hardcore punk of the band's infancy.

On July 14 1998, their fifth album titled Hello Nasty was released. Spurred by the monster success of the "Intergalactic" single and video, the record clocked first week sales of nearly 700,000 in the U.S. and went straight in at #1 in England, Germany, Australia, Holland, New Zealand and Sweden. Early in the tour, Beastie Boys made live tracks available for free download to fans unable to attend the shows-and were blindsided by their label pulling the tracks down.

Having closed 1998 by accepting the Video Vanguard lifetime achievement honor at the MTV Video Music Awards, Beastie Boys rang in 1999 with Artist, Band and/or Record of the Year accolades from the likes of Rolling Stone, SPIN, The New Yorker and Playboy, among others. A month later, at the 41st Annual Grammy Awards, the now quadruple-platinum Hello Nasty took Best Alternative Music Performance, while "Intergalactic," nailed Best Rap Performance By A Duo Or Group–the first time an artist has ever won in both Rap and Alternative categories.1999 would also see "Intergalactic" take Best Hip Hop Video honors at the 1999 MTV Video Music Awards.

2006 saw the release of the film, Awesome, I Fuckin' Shot That!, a concert film made up of footage filmed by audience members, which debuted at Sundance in early 2006 and was released theatrically the same year.

On February 3rd, 2009, they digitally remastered and released Paul's Boutique on their website.

Bassist and vocalist Adam Yauch died on May 4, 2012 of cancer.

In June 2014, Mike D stated that the Beastie Boys would not continue their careers as a group, as a promise to Adam Yauch. "We have not been able to tour since MCA, Adam Yauch, died," Diamond said. "We can't make new music." 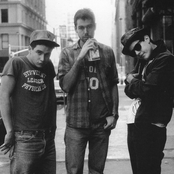 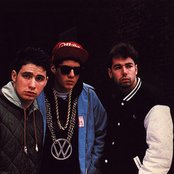 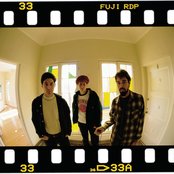 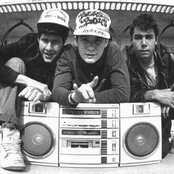 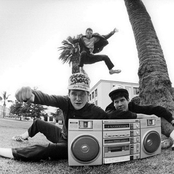 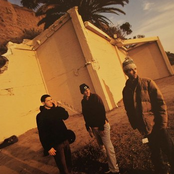 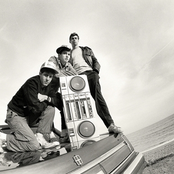 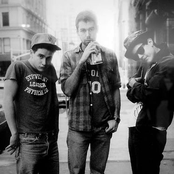 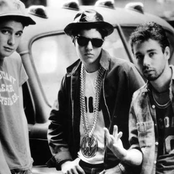 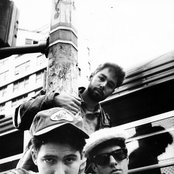 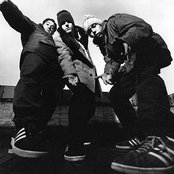 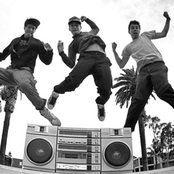 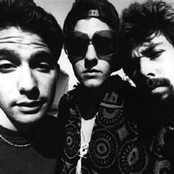 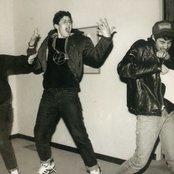 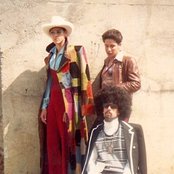 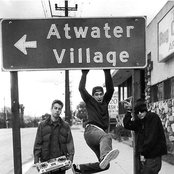 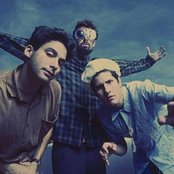 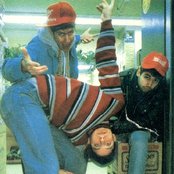 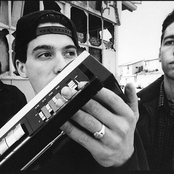