Synkopy (a.k.a. Synkopy 61) is a Czechoslovakian five-piece (2 keys, guitar, bass, drums, vocals) whose leader and primary songwriter, Oldrich Vesely, was once a member of another great Czech band: Modrý Efekt. Many comparisons can be drawn between Synkopy and Modry Efekt, not the least of which is a penchant for experimentation and bringing other styles (hard rock, blues, powerful rock vocals) into the sound and giving them their own progressive twist. Of course, Synkopy, with two keyboard players (Vesely and Pavel Pokorny), are more keyboard driven than Modry Efekt. Slunecni Hodiny burns with powerful melodic vigor, but does suffer from a somewhat substandard production. Kridelini and Flying Time are Czech and English vocal versions of the same album, an outstanding one, maybe even their best: It's one of the few cases where a foreign band sings in English lyrics and really pulls the feat off without sounding shallow. Zrcadla is also a strong one, but far more direct than the others.

Synkopy 61 emerged from Brno in the late 1960s and over the years produced a string of singles, EPs and two mini-albums, just never a full-length long play. Their music is described as beat music with a few progressive touches, and the 10" songs as Uriah Heep-influenced heavy rock. I have not heard any of this early material, but apparently most of it can be found on the Valka je vul (Best of) CD compilation.
After the band broke up, its keyboard player and primary composer Oldrich Veselý joined Modrý Efekt for their two classic albums, Svitanie and Svet Hledacu. It was Svet Hledacu's combination of twin keyboards, heavy guitars, drums and no bass guitar that he used as the blueprint when he set out to re-form his old band, now known simply as Synkopy. Slunecní Hodiny's (CD Bonton BON 493163 2) powerful sound maintains Modrý Efekt's brawny mixture of spacey, symphonic and plain hard-rocking styles, but with inflated melodic splendour and keyboard arrangements. The album forms one unbroken suite with four vocal sections in the middle of synthesizer, guitar, organ and (occasionally) violin blowtorching minor-dominant riffs and melodies across slabs and slabs of metallic string synthesizer chords, while the drummer, subscribing to the Alan White/Jurgen Rosenthal philosophy of hit hard-hit often-hit everywhere, provides most of the impetus with minor help from the clanging Clavinet or the buzzing Micromoog which cover for the absent bass guitar. The music can be majestic but the bombast also veers dangerously close to ponderous and overwrought at times, especially when Veselý's distinctive voice, high-pitched and rough-hewn without being shrill or gruff, is belting out the solemn melodies with a thick wall of harmonies fattening the tone. However, the music has enough variation and energy to avoid slipping into the abyss, and the calmer instrumental sections, such as "Intermezzo", a neatly elegiac cello/violin duet that emerges out of the ashen synthesizer murk, and "Vodopád", a funkish fusion tune with scat vocals, provide well-timed diversion. Sometimes the instrumental sections will remind of Solaris' Marsbéli Kronikák, but with the relative absence of metallic power-chord guitar Slune ní Hodiny is not as heavy as that album (and, frankly, not as good either), though both share the same kind of dark high-tech mood, a technical but not too complex instrumental approach, and a clear grounding in blues-based that gives the symphonic sound a muscular edge. Slunecní Hodiny is rough, tough and on a par with most Modrý Efekt albums (also seems to take some inspiration from the works of the Czech artist Jirí Kolár).

Krídlení is another album-length work with a unifying lyrical theme (just don't ask me what it is), but has a slightly more up-to-date sound than its predecessor, especially on the drums and guitars. It also isn't as cohesive or well-written, winging its way through almost straight-ahead hard-rock ("Kyvadlo"), bluesy rock with cigarette-smoky vocals ("Blues O Výcepu"), or a matter-of-fact unaccompanied guitar solo ("Kytarové Extempore") which are increasingly removed from the symphonic centre of the band's sound. The playing is still energetic and the more dynamic sound allows for more grit and glitter to come through, but the mundane moments proliferate in writing, and what the band could get away with in the acetylene-lit darkness of Slunecní Hodiny tends to sound more conventional and pompous in Krídlení's brighter colours.

Krídlení still has fine musical moments, especially on side two, but overall it sounds like another victim of the same malaise that West European progressive groups had started succumbing to five years earlier: recycling their old glories with more pomp, pop and polish in trying to cope with lack of new ideas and changed musical expectations.

An import version of the album with English vocals overdubbed on the original backing tracks was produced two years later as Flying Time. The new lyrics and vocals are actually pretty successful (the lyrics were written out phonetically for the musicians to get the pronunciation), you just can't hear them very clearly, as they are somewhat smudged by the mix. The CD re-release of Krídlení includes all these vocal tracks as a bonus, slightly edited to account for the missing instrumental tracks and segues. 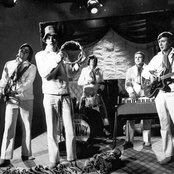 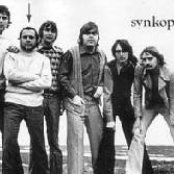