A record-breaking 35,000 spectators attended the 2001 Eurovision Song Contest in the Parken Stadium in Copenhagen, which ended with Estonia being the surprise winner.

The spectator record from the previous year in Stockholm was already broken in 2001 again: nearly 35,000 spectators saw the live show in the Parken Stadium in Copenhagen! France, Greece and Slovenia were predicted to win this year but it took everyone by surprise that it was Estonia ending up with the trophy. Tanel Padar and Aruba-born Dave Benton's pop-funk entry Everybody convinced the TV audience in the 23 countries.

The European Broadcasting Union introduced a new rule this year: Only the top 15 countries and the so called 'Big Four' (Germany, Spain, the United Kingdom and France) could participate in the 2002 contest - alongside the the countries that had to stay at home for the 2001 event.

The Danish national broadcaster had to cope with major challenges. Just like other host countries in the past, they worried they could not afford to host the contest and also wondered about finding a suitable venue. In the end, Danish TV picked a football stadium and - especially for the Eurovision Song Contest - a roof was built over Parken Stadium. It still ranks as the biggest-ever Eurovision Song Contest venue with room for 40,000. However, this in turn was again a problem: Most of the audience could not see the performers because they were too far away from the stage.

Named for the two most common dog-names in Denmark, Rollo & King competed for that country at the Eurovision Song Contest 2001 with the up-tempo love song "Never Ever Let You Go" (translated from the Danish original "Der Står Et Billed Af Dig På Mit Bord").
The harmonica-led track nearly resulted in Denmark pulling off the rare feat of a home ESC win, but ultimately the Danes lost to the Estonian duo Tanel Padar & Dave Benton. 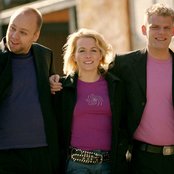 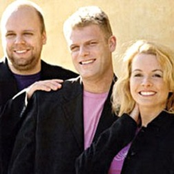 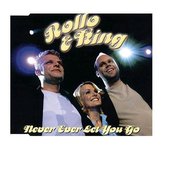 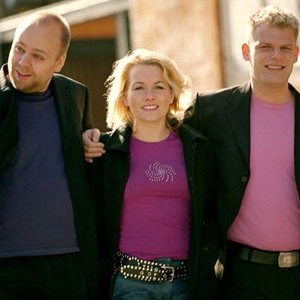