Rainbow is the name of at least three bands:

1. Rainbow was a British rock band formed by Deep Purple founder and former guitarist Ritchie Blackmore in 1975. In addition to Blackmore, the band originally consisted of former Elf lead singer Ronnie James Dio, bassist Craig Gruber, drummer Gary Driscoll, and keyboardist Micky Lee Soule. Over the years, Rainbow went through many lineup changes. including bringing in other vocalists Graham Bonnet and Joe Lynn Turner, before it folded in 1999.

The name of the band was inspired by the Rainbow Bar and Grill, a Los Angeles, California eatery which catered to rock stars, groupies, and rock enthusiasts. It was here that Ritchie spent some of his off time from Deep Purple and met Dio, whose band Elf had toured regularly as an opening act for Deep Purple. Blackmore originally got together with Dio to record "Black Sheep of the Family" as a single, and it turned out so well they needed a B side; when the B side was recorded, however, it turned out to be even better. This led to them recording an album, and that effort caused the formation of the entire band. Rainbow's debut album, 'Ritchie Blackmore's Rainbow', was released in 1975; it featured the minor hit "Man on the Silver Mountain".

Blackmore fired everybody except Dio shortly after the album was recorded. He recruited drummer Cozy Powell (formerly of the Jeff Beck Group), bassist Jimmy Bain, and keyboard player Tony Carey. This lineup went on to record the album 'Rising', which was released in May 1976 and was a big success in the U.S. (hitting #48 on the Billboard 200 chart).

For the next album, 1978's 'Long Live Rock 'n' Roll', Blackmore kept Powell and Dio and replaced the rest of the band. Blackmore had difficulty finding a bass player for this record, so he played bass himself on all but three songs ("Gates of Babylon", "Kill the King", and "Sensitive to Light"). After the release and supporting tour, Dio left Rainbow.

Blackmore continued with Rainbow, replacing Dio with ex-Marbles vocalist Graham Bonnet. Powell stayed and was joined by former Deep Purple bassist Roger Glover and keyboardist Don Airey. The first album from the new lineup, 1979's 'Down to Earth', featured the band's first single successes: "All Night Long" and "Since You Been Gone". Bonnet possessed a powerful voice on stage, yet he struggled with the band's quieter numbers and lacked Dio's range. In 1980, the band headlined the inaugural Monsters of Rock festival at Castle Donington in England. This was Powell's final performance with Rainbow.

The next album saw yet another line-up change as Bonnet and Powell were replaced by Joe Lynn Turner and Bobby Rondinelli, respectively. The title track from their 1981 album, 'Difficult to Cure', notably was a version of Beethoven's Ninth Symphony. The album also contained the guitar-driven piece "Maybe Next Time". Although facing mixed success commercially, the Difficult to Cure tour was the first tour in which Rainbow headlined in the U.S.

Rainbow's next studio album was 'Straight between the Eyes'. The band added a new keyboardist, David Rosenthal. The album was more cohesive than 'Difficult to Cure' and had more success in the U.S. The band, however, was alienating some of its earlier fans with its more slick, arena rock based sound. The single "Stone Cold", a popular power ballad, had some chart success and has since been included in several multi-artist collaboration albums. The successful supporting tour skipped the U.K. completely and focused on the U.S. market.

1983's 'Bent Out of Shape' saw drummer Rondinelli fired in favour of Chuck Burgi. The album featured the single "Street of Dreams". The song's video was banned by MTV for its supposedly controversial hypnotic video clip. The resulting tour saw Rainbow return to the U.K. and also to Japan, where the band performed with a full orchestra. Though fans greatly enjoyed the band's lively touring, the band's material was getting mixed critical reviews, and its members had a sense of needing to find direction.

By the early to mid-80s, Blackmore and Glover had reformed the Deep Purple "Mark II" lineup, and Rainbow was disbanded in 1984. A final Rainbow album, 'Finyl Vinyl', was patched together from live tracks and B-sides of singles. This album contained the instrumental "Weiss Heim", made widely available for the first time.

After Ritchie Blackmore left Deep Purple for the final time in 1993, he put together a new version of Rainbow in 1994, this time named Ritchie Blackmore's Rainbow. This incarnation of the band included Doogie White (vocals), Paul Morris (keyboards), Greg Smith (bass), and John O'Reilly (drums).

The new band released Stranger in Us All in 1995 and embarked on an extensive world tour to promote it from late 1995 to late 1997. For the tour John O'Reilly was replaced by Chuck Burgi and then by John Micelli for the U.S. leg of the tour (as well as their final show in Esbjerg, Denmark).

The tour proved very successful, and a show in Germany was professionally filmed by Rockpalast. It has never officially been released, but has been heavily bootleged. The live shows featured frequent changes in set lists and musical improvisations that proved popular with bootleggers, and many shows are still traded over a decade later.

However, fed up with stadium rock, Blackmore turned his attention to rennaisance and mediaeval music, a lifelong interest of his. Rainbow was put on hold once again and played its final concert in Denmark in 1999. Blackmore, together with his partner Candice Night as vocalist, then formed the renaissance-influenced Blackmore's Night.

2. Rainbow, the tag for all releases by the K-Pop group 레인보우, responsible for tracks: "A", "Gossip Girl", "Mach", and about a dozen more.

3. One of any number of Los Angeles, U.S.A.groups of their time (1968), Rainbow's best-known LP was After the Storm The album's one cover is a take with saxophone of Willie Dixon's "I Just Want to Make Love to You". The lineup was: Darrell Devlin (drums), Bob Gay (bass),
W. David Mohr (keyboards), and Harry Vavela (guitars). 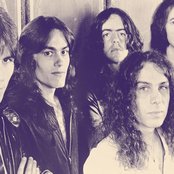 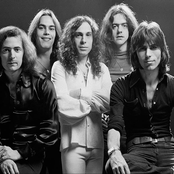 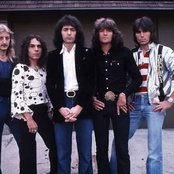 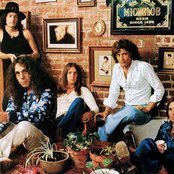 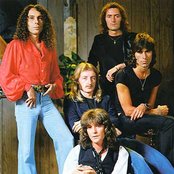 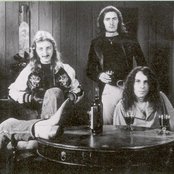 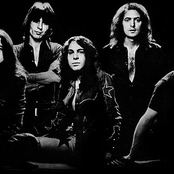 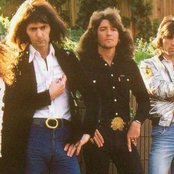 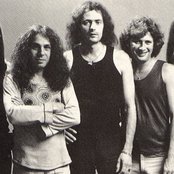 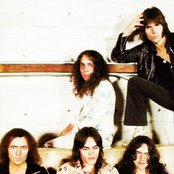 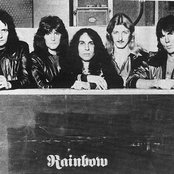 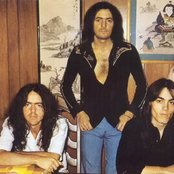 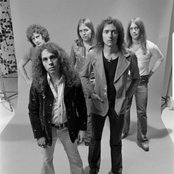 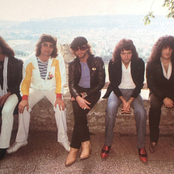 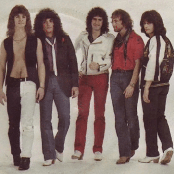 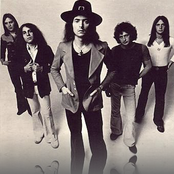 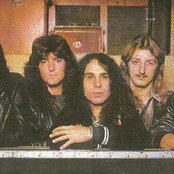 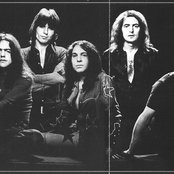 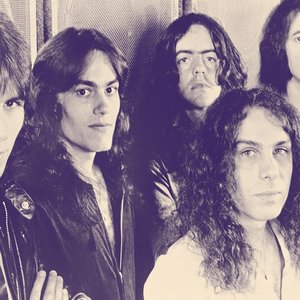