Oscar Mdlongwa has been given many affectionate nicknames over the years, including Oscar “Warona” (which means “ours”), “The Big O” and “Godzilla”.

His career is a fairytale one: he started out selling boerewors rolls from a stall outside Club Razzmatazz in Hillbrow. It was the early nineties, and late at night he would sneak in to the club to jam to fresh house tracks. He became fascinated with deejaying and occasionally he took over while the DJ took a break. One night, Razzmatazz’s resident didn't pitch and he was asked to stand in. He hasn't looked back…

Oscar was soon running the legendary Arena in Highoint, Hillbrow, with the late Ian Segola and doing his first production work on bassy cassettes aimed at taxis and passengers, like ‘Mixmaster’ and ‘Big Jam’. His reputation as a DJ grew and he was soon spinning at campus parties at Wits and as far away as Mmbatho, where he met his future Brothers Of Peace (BOP) partner Bruce "Dope" Sebitlo. He also joined forces with Don Laka and Christos Katsaitis to form Kalawa Records (the name a fusion of the first syllables of their surnames; Oscar was using Warona at the time).

The stable's first act, Boom Shaka (whose first CDs were sold out of the boot of a car!), birthed the kwaito revolution, and Kalawa Jazmee (as the label is now known sans Christos and Don Laka) is the biggest independent in the country, with monster acts like Boom Shaka, Bongo Maffin, Maikizolo, Trompies, Thebe, DJ Vetkuk, Spikiri, Alaska and many more on their books. Oscar has a dab hand is just about every single one of their massive releases, part of the prolific Dangerous Combination Crew production axis.

BOP are ten years old, and although their first couple of albums were overshadowed by releases from the likes of Trompies and Bongo Maffin (they did enjoy controversial hits with rude numbers like "Isidudla Sesifebe" and "Ibizwe Emoyeni" , and they also crossed over into the white deep house scene with their Tamara Day collaboration "That' Imphalakho"]), they've surged forward recently – all the way into the international limelight, in fact.

Their ongoing relationship with the Masters At Work production team and label (cemented on "Little Louie" Vega's two journeys here and Oskido's sojourns to Miami) has resulted in the release of two BOP tracks ("Zabalaza" and "Victory Song") and one by Mafikizolo (the enormous "Loot"). More are no doubt in the pipeline as the Afro-house sound takes the dance planet by storm, and as the glorious vibes on records like the recent BOP "Project" albums gains more exposure.

Oskido has journeyed to the Miami Winter Music Conference the past two years – most recently with multiple SAMA winners Mafikizolo - to ensure that the overseas exposure happens, spinning his infectious and percussion-heavy deep house for a host of international dance aficionados. He's deejayed alongside the likes of "Little Louie” Vega, Frankie Knuckles, DJ Gregory and DY Yellow, and has played at just about every major club in the country.

Oscar is also one of radio's most popular personalities, having taken care of Y FM's Rap Activity Jam with Rudeboy Paul for a while and now hosting Church Grooves, a bumping grooveathon that's the only place to be on a Sunday night. The Church Grooves concept has extended into a platinum-selling range of ‘Oskido's Church Grooves’ CDs (through House Afrika Records), which have had the entire nation bumping. Their blend of fiercely contemporary fare and anthemic rhythms is rarely beaten – the third volume went gold on release.

As a producer, Oscar is leagues ahead of the competition, and he kickstarted the current trend of remixing classic South African pop hits when he and Bruce reworked Mahlatini and the Mahotella Queens’ “Melodi” into “Meropa”. He’s worked with greats like Hugh Masekela, Jimmy Dludlu, Moses Molelekwa (“Last Number” on the ‘Project B’ album was actually the last recording “Moss” made). 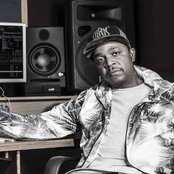 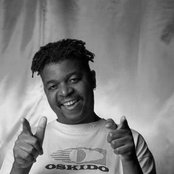 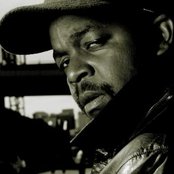 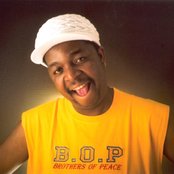 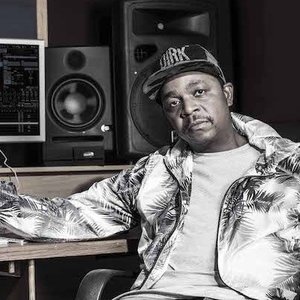