Jonathan (Johnny) Clegg, born June 7, 1953 in Rochdale (near Manchester), Lancashire, (UK), is a popular musician from South Africa, who has recorded and performed with his bands Juluka and Savuka. Sometimes called "The White Zulu", he is an important figure in South African popular music history, with songs that mix Zulu and English lyrics, and African / European / Celtic music styles.

Already in his youth, Johnny Clegg, a white, English-speaking person with what he called a "secular Jewish" upbringing in the UK, Israel, Rhodesia, Zambia, and South Africa, became interested in Zulu street music and took part in traditional Zulu dance competitions.

As a young man, in the early stages of his musical career, he combined his music with the study of anthropology, a subject which he also taught for a while at the University of the Witwatersrand in Johannesburg, where he was influenced, among others, by the work of David Webster, a social anthropologist who was assassinated in 1989.

Clegg formed the first inter-racial South African band, Juluka, with gardener and Zulu street musician Sipho Mchunu. Because it was illegal for inter-racial bands to perform in South Africa during apartheid, their first album Universal Men received no air play, but it became a word-of-mouth hit.

Juluka's / Clegg's music was both implicitly and explicitly political: not only was the fact of the success of the band (which openly celebrated African culture in a non-racial band) a thorn in the flesh of a political system based on racial separation; the band also produced some explicitly political songs. For example, the album "Work for all" (which includes a song with the same title) picked up on South African trade union slogans in the mid-80's. Even more explicit was the (later) Savuka album "Third World Child" in 1987, with songs like "Asimbonanga", which called for the release of Nelson Mandela, and which called out the names of three representative martyrs of the South African liberation struggle: Steve Biko, Victoria Mxenge, and Neil Aggett.

The following albums "Shadow Man" (which sold 250 000 copies within a week after it's release went on to sell more than 1 000 000 copies in France alone), and "Cruel Crazy, Beautiful World" were dealing with more romantic topics, including "Cruel Crazy Beautiful World", where a father gives a message to his son, "Dela" where the very essence of love is explored, and more politically focused songs, such as "Warsaw 1943" and "One (Hu)'man one vote" which go back to political messages. The blend of topics is somehow confusing at first but gives an idea of the creative process underlying it, while the music and lyrics retain all the talent of the singer and his band. "Third World Child" and "Shadow Man" occupied 1st and 2nd position respectively in France and became the most successful foreign band in France and "Shadow Man" topped the charts in Montreaux, Canada. During the prime of the band in 1988 Michael Jackson had to cancel his show as he attracted fewer audience as compared to Johnny Clegg and Savuka. Their last album "Heat Dust and Dream" was nominated for a Grammy Award for best album in the category of World Music.

Juluka were able to tour in Europe, and had two platinum and five gold albums, becoming an international success. Juluka was disbanded in 1986, when Mchunu was asked by his father to return home and herd the family goats, although Mchunu made some solo recordings afterwards. Clegg went on to form his second inter-racial band, Savuka, continuing to blend African music with European, especially Celtic, influences.

Briefly reunited with Mchunu in the mid-90's, Clegg reformed Juluka and toured throughout the world as the opening act for King Sunny Ade, as well as headliner performances.

Clegg and his band often make an international tour during May-August (South African winter). However, the tours are usually limited to France and surrounding countries. In June 2004, the Johnny Clegg Band toured North America for the first time in over eight years, doing 22 concerts in one month. Even though they had no albums for sale in North America during those eight years, and no significant media coverage, they filled most of their venues. At the close of the final concert at the Keswick Theater in Philadelphia, Clegg stated that he was amazed at the reception they had gotten, and promised to return the following year with a full band. He then thanked his Internet fans for their support.

The band returned to North America in July 2005, with dates booked throughout the U.S. and Canada. Clegg's new album One Life was remixed at Real World Studios in Bath, England, and released on October 30th, 2006 in the UK. 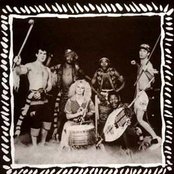 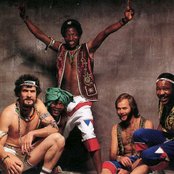 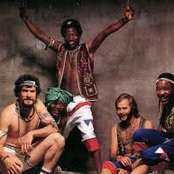 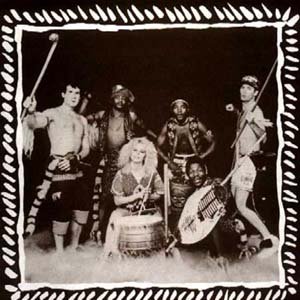