Alwin Lopez Jarreau (12 March 1940 in Milwaukee, Wisconsin - 12 february 2017, Los Angeles, California), known popularly as Al Jarreau, was an American, Grammy Award–winning jazz singer. Versatile in his singing style, Jarreau is a twelve-time Grammy-nominated vocalist and the only vocalist in history to win a Grammy Award in three separate categories: jazz, pop, and R&B.

As the son of a vicar, he had his first singing experiences in a church choir. He attended Ripon College, where he also sang non-professionally with a group called the Indigos, and graduated in 1962. He went on to earn a master's degree in Vocational Rehabilitation from the University of Iowa, and worked as a rehabilitation counselor in San Francisco before joining a small jazz club trio headed by George Duke and deciding that he would make professional singing his life in 1968

He appeared in such Los Angeles hot spots as Dino's, the Troubador and Bitter End West. Television exposure came from Mike Douglas, Merv Griffin and David Frost, while he expanded his nightclub appearances to include performing at the Improv between the acts of such rising-star comics as Bette Midler, Jimmie Walker, and John Belushi, among others.

He was spotted by Warner Bros. in 1975 and soon thereafter released his critically acclaimed debut album, We Got By, which catapulted him into international fame and garnered him a German Grammy Award. A second German Grammy would follow with the release of his second album, Glow.

One of Jarreau's most commercially and artistically successful albums is Breakin' Away (1981), which includes the hit song "We're in This Love Together." He wrote and performed the Grammy-nominated theme to the 1980s American television show Moonlighting. Among other things, he is well-known for his scat singing and the ability to perfectly imitate conventional guitar, bass and percussive instrumentation. He was also a featured vocalist on USA for Africa's "We are the World" and sang the line, "…and so we all must lend a helping hand."

He has toured and performed with such greats as Joe Sample, Kathleen Battle, Miles Davis, David Sanborn and Rick Braun. He also performed the role of the Teen Angel in a 1996 Broadway production of Grease. On March 6, 2001 he received a star on the Hollywood Walk of Fame. His star is located at 7083 Hollywood Boulevard on the corner of Hollywood Boulevard and La Brea Avenue. 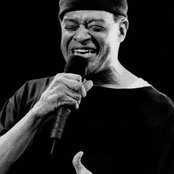 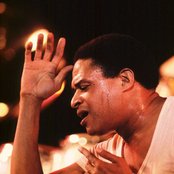 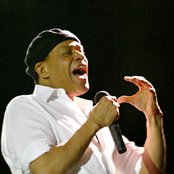 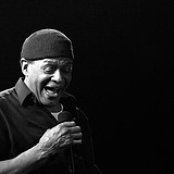 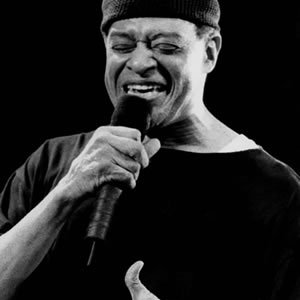